Loneliness is going to be a serious issue beyond Covid-19, according to results of new survey from the Campaign to End Loneliness 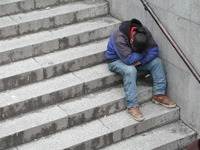 The majority of adults (71%) think that loneliness is going to be a serious issue beyond Covid-19, according to an omnibus survey commissioned by the Campaign to End Loneliness. The survey, found that: 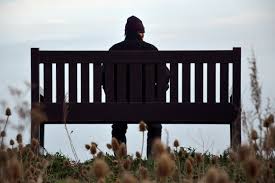 These results reflected the findings of the Campaign’s new report, Loneliness beyond Covid-19 which was also published today.  The report, which is the biggest ever review of the impact of Covid-19 on UK loneliness and what we can expect in future, found that although restrictions on social contact during lockdown were universal,  people had very different experiences of loneliness.  The report found that Covid-19 exacerbated existing inequalities, meaning that groups already at risk of loneliness – such as those who were poorer, in worse health or from ethnic minorities or LGBTQ+ communities – were at greater risk during the pandemic.  We also saw that if you were already lonely before the pandemic, you were likely to become even more lonely.

The report, found that organisations responsible for addressing loneliness experienced more demand for their services because:

The Campaign is calling for the Government to:-

“Covid-19 has opened everyone’s eyes to loneliness, which is why a large majority of people in our survey agreed that loneliness will be a serious issue even beyond the pandemic.  More of us have been touched by loneliness personally and it has opened up conversations about this serious issue. If we pay deliberate attention to loneliness as we try to build back better, we can support those who are already lonely and pursue a truly connected recovery.”

The report was publicly launched at the inaugural launch of the Global Initiative on Loneliness and Connection on Tuesday 20 July when Baroness Barran, UK Minister for Loneliness and Australian MP Andrew Giles took part in a panel discussion on loneliness, chaired by US Surgeon-General Dr Vivek Murthy.